Let’s explore the different ways we can compare objects in Ruby. We’ll investigate the implementation of the following:

For conciseness, I’ve decided to leave out the following ones, maybe will be covered in a different post:

In object.c, we can find:

A few lines below we can also find this:

So the three methods ==, equal? & eql? map to the same C function: rb_obj_equal.

The case equality however is mapped to rb_equal instead:

Some methods are bound to BasicObject and others are bound to Kernel. But that doesn’t matter too much as almost all other classes inherit from both. Let’s see how the look up chain would look so far: 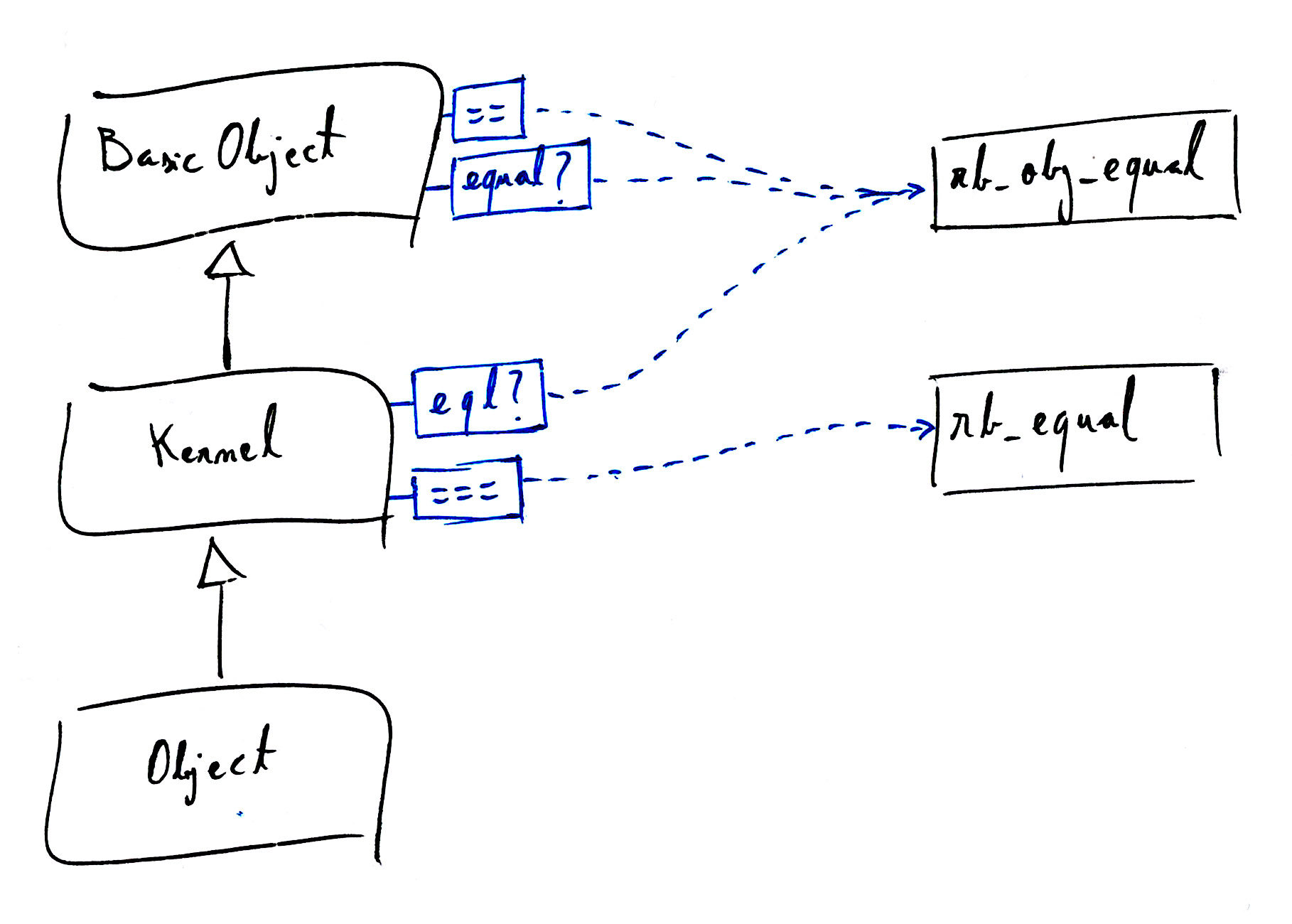 At this stage, I find it interesting that Ruby has 3 different methods mapped to the same function. This is partly explained in the official documentation, it says that the equality operator is expected to be overriden by descendants, whereas the equal? should never be overriden.

Not only the three method names map to the same function, but also rb_equal may end up calling rb_obj_equal too:

As we saw earlier, the default implementation of == is bound to rb_obj_equal so === will end up invoking rb_obj_equal in many cases.

Let’s now see where this all seems to be converging to, the definition of rb_obj_equal:

At Object level, all four methods boil down to that simple value comparison at C level (or an equivalent one in rb_equal). But we still don’t know why so many different names are needed.

That’s because so far we’ve only looked at the core classes. If we zoom out we’ll see how each method has a different meaning in the context of a subclass.

For example, is 1 equal to 1.0? Depends on what you consider equal:

I won’t go into detail with all subclasses because it’ll be an endless post. But I do want to share the following diagram where you can see what classes implement a refinement of one of these methods. 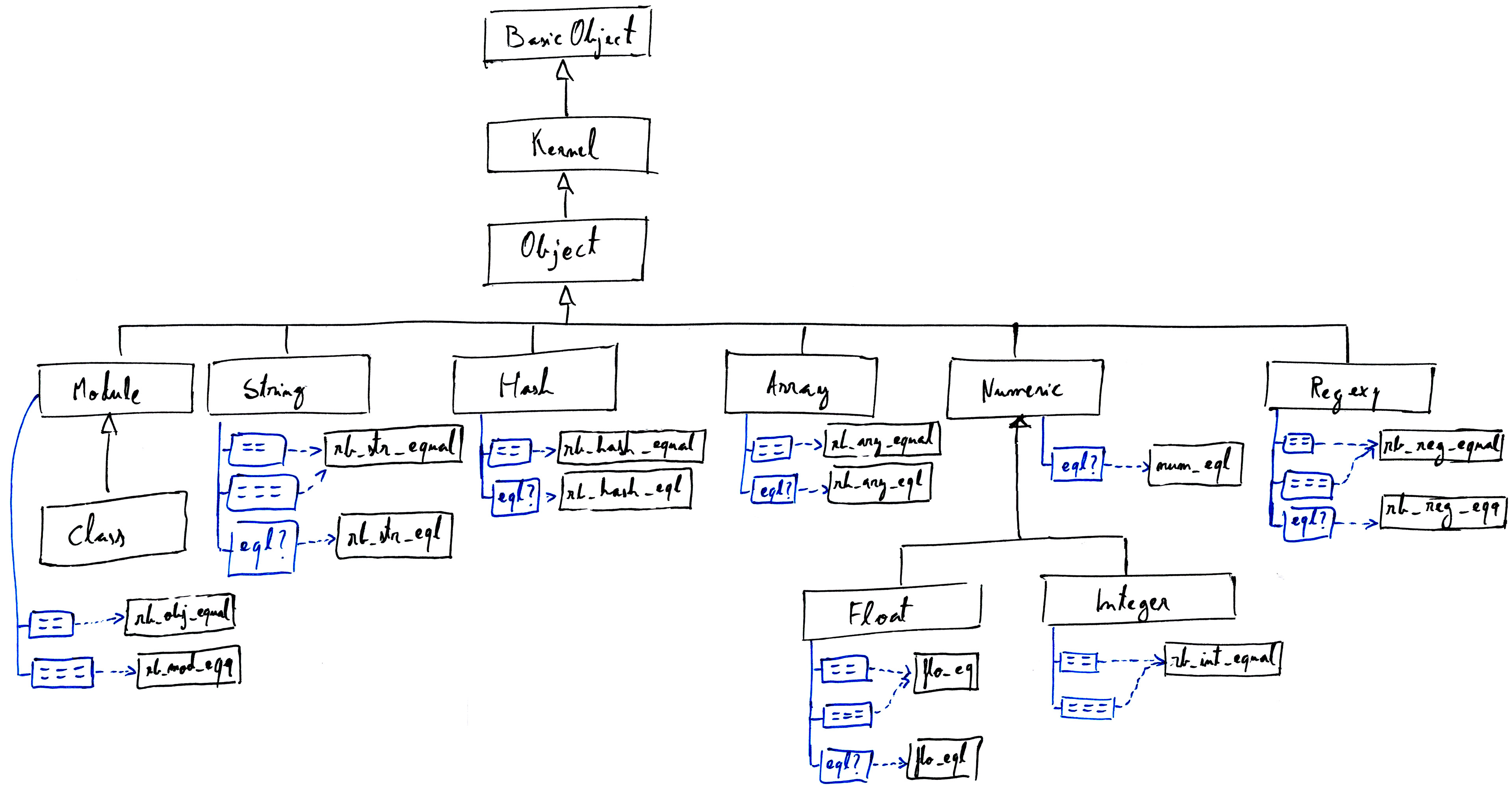 I’ve also included the name the internal C function that implements each method.

One interesting thing to notice is that Module and Regexp have a definition of the case equality ===.

Because the case statement internally will call === to select the apropriate execution branch we can do things like the following:

I’m leaving it here for now, this should be good enough to get an idea of how comparisons are implemented in the core of the language. If you want to dig deeper, I hope the diagram is useful as a reference guide to browse the source code.

Another way to satisfy your curiosity is by leaving your question in the comments, I hope you enjoyed the journey!

For the first time, I want to write about something totally non-technical. The reason why I started writing this blog...

Bugs are sometimes difficult to fix and it's always good to know the tools available to hunt them. Today I'm...