Bugs are sometimes difficult to fix and it’s always good to know the tools available to hunt them. Today I’m presenting git bisect.

We can use it to find the commit that introduced a bug. Looking at the commit we may get more insight on what was being updated when the thing broke. Probably we’ll also understand much more easily what’s going on and what’s causing it.

To use this tool, we need to identify:

We know that the guilty commit it somewhere between the good commit and the bad one. 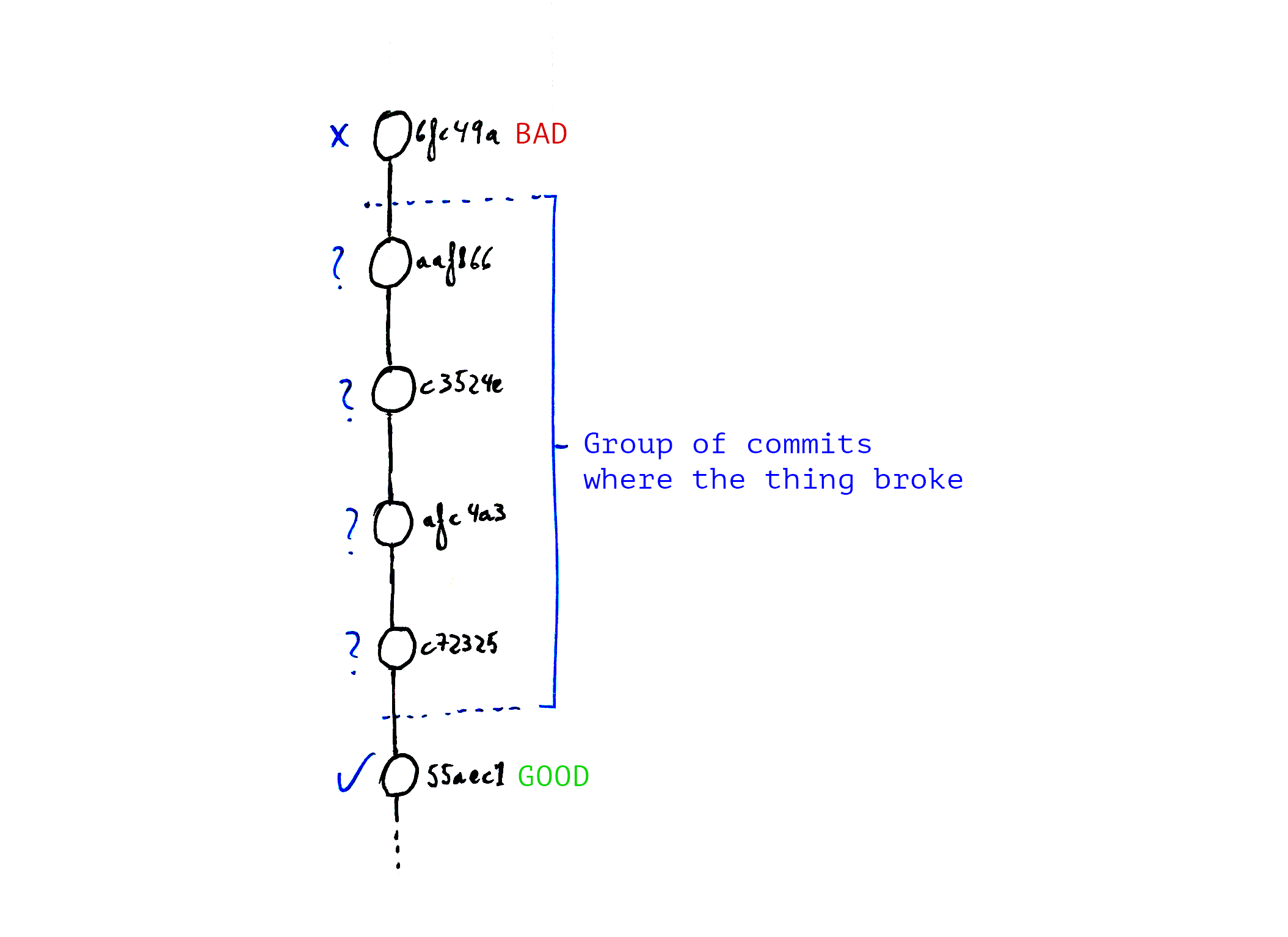 And we also need to write a test that we’ll use to identify whether a commit is good or bad.

How to use it?

Let’s see this in action with an example anyone can repeat. Instead of looking for a bug, we’ll find a commit when certain file was created. I’ve used the Dropbox API git repository to try this out.

We need to write a test that’ll indicate if the current commmit is good or bad, in our case the test will pass if the file doesn’t exist, and it’ll fail if the file is found.

Notice that we’ve used a shell script so this is language independent. You can use this tool no matter what test suite or framework you’re working on, you just need to make it uses the usual POSIX exit codes.

There’re several ways to refer to the good and bad commit, some examples:

When I ran git bisect run sh test.sh, git would show me the commit where the file was created, which in my example was: 83981c.

So that was the basics, as always with git, there’re many options and fine tuninng available. If you want to find out more I’ll recommend the official documentation.

Let’s explore the different ways we can compare objects in Ruby. We’ll investigate the implementation of the following: Equality, or...

Last week, my brother and I participated in [Google's Hashcode][google-hashcode]. It's a programming contest with just two rounds: 1. The...